Battle on the Marathon 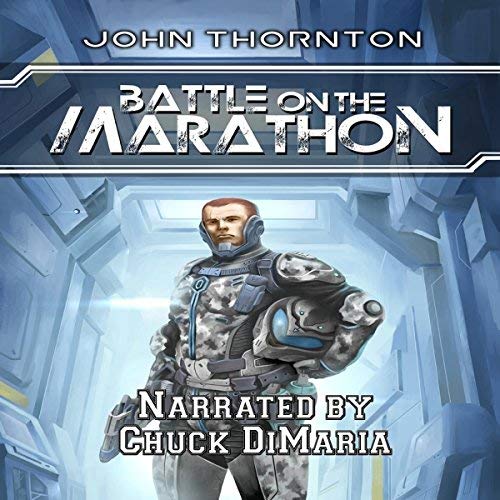 The Colony ship Marathon left a dying Earth on a generation’s long voyage to another planet. Inside its giant biomes were people who would spend their entire lives during that flight. They knew that their descendants would be the people who would arrive at the destination world.

Life in those biomes was as close to life on Earth as possible, including ecologies, plants, animals, and families. In its own way, those biomes were idyllic. Additionally, tens of thousands of people would make the journey in suspended animation to be awakened on the destination planet.

During the long journey, something went wrong. Something found the Marathon. Something malignant. A battle is about to begin, but does humanity have any chance?

This adventure chronicles the life of one habitat dweller named Kalju, as he becomes aware of his role in what is taking place.

How will the battle on the Marathon end?

This is a stand-alone audiobook in John Thornton’s Colony Ship Universe.