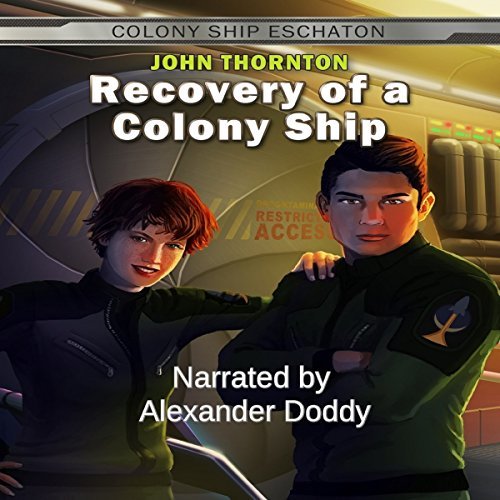 Request the first FIVE  audiobooks (29+ hours) in this series!

Book 1: Recovery of a Colony Ship

Michael and Jamie live in Dome 17. The last place safe for humans, or any life, on a dying Earth. They are adventurers who have explored other domes, but everywhere else is dead. Will Dome 17 meet the same fate? The committee has a risky plan to try out unproven technologies: a faster than light scout ship, and teleportation. Both technologies have severe limits. Only two people can be carried aboard those FTL scout ships for a one way journey. Teleportation can only work when a receiving pad is at the target location. So can they make both these technologies work to save the last of humanity? A century before, the people of Earth had built gigantic colony ships with enclosed habitats. They were filled with flora and fauna and people. These ships were launched into space knowing it would take generations to reach other solar systems. Those space pioneers would live out their lives in transition to a new world. But the colony ship program was considered a dismal failure. All of the colony ships were considered lost. Will Michael and Jamie travel to one of the colony ships? Will it be a derelict? Or will it be a chance for a new home for humanity? What will they find as they try the recovery of a colony ship? 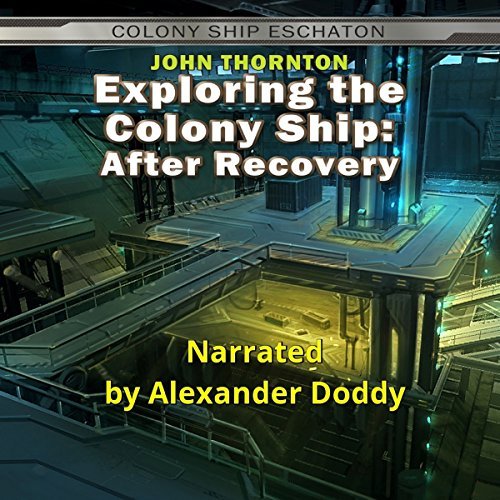 The Earth is a dry, dead, wasteland. The last place livable was Dome 17, but it was failing. Those people made a last ditch effort to survive. Though a bold and daring plan, they were able to reach what seems to be a derelict colony ship, The Eschaton, which is in mid-flight. (Please see book one, Recovery of a Colony Ship). The Eschaton had been designed to hold numerous and diverse immense biological habitats: flora, fauna, and everything needed to terraform a new world. It also carried thousands of people in suspended animation. The ship was designed to be tended by crews who would live out their lives in the journey between worlds. That journey would only be completed after several generations had lived and died while in transit. That was the plan. But something happened. The people from Dome 17 have reached The Eschaton, but what will they find in those habitats? What systems are still functioning? Did any of the crew survive? What lurks deep in the bowels of a colony ship? Jamie and Michael will seek to unravel these mysteries, and survive, as they explore the Colony Ship. 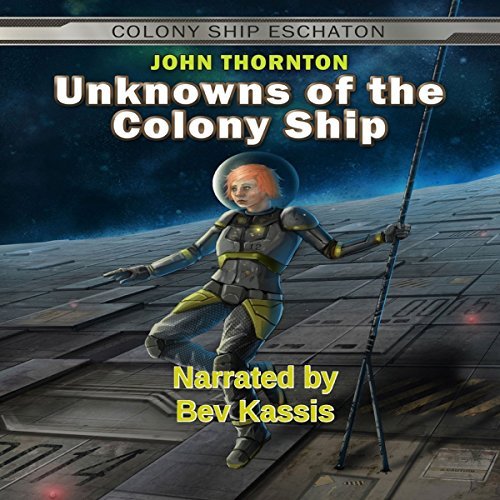 Book 3: Unknowns of the Colony Ship

Jamie and Michael continue to discover how vast and unknown the old ship is. Why do some of the artificial intelligence systems seem to work, but others do not? Who is the unknown that sent a dismembered body through the transport system? How will the refugees from Dome 17 interact with the people who were born inside the habitats of the Eschaton? What threats to the very survival of the people exist in the unknown reaches of the Colony Ship Eschaton? And personally, can Jamie and Michael survive these unknown threats? 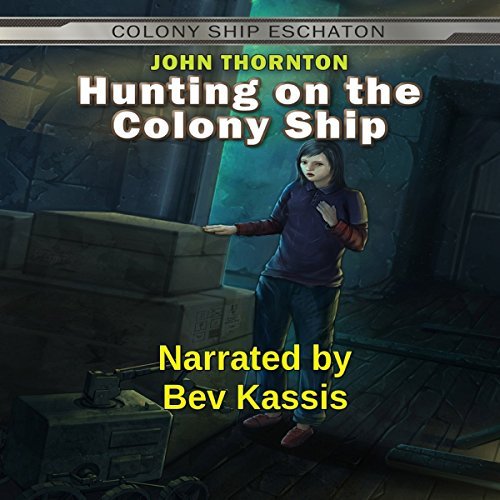 Book 4: Hunting on the Colony Ship

The giant Colony Ship Eschaton has numerous habitats with animals, plants, and people, all of which should be in balance as it makes its generations long journey to another solar system. One of those people is Tamar, a young woman who was born on board and is growing up in the town of Media. Because of failures in past generations, both human and mechanical, most people born on board the Eschaton do not even know they are inside a colony ship. Technology has been lost, societies have crumbled, and dangers abound. People struggle just to survive. Tamar is gifted with machines, but that is not a blessing in the town where she lives. She has a frightful encounter in the night and is forced to flee everything she knows. She hunts for her freedom, and she hunts for answers to who she is. She runs away and encounters Michael and Jamie, two of the Dome 17 refugees who escaped the dying Earth and are trying to keep humanity alive in the Colony Ship Eschaton. Jamie and Michael are also hunting for answers about the old ship’s systems, and are hunting for keys to unlock its secrets. But some things do not want to be found. Someone is also hunting for Tamar. And he is hunting for vengeance. 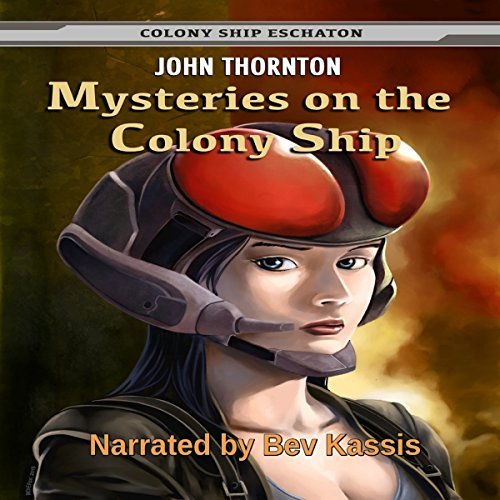 Book 5: Mysteries on the Colony Ship

Something mysterious is happening. The giant colony Ship Eschaton is in the midst of its generations-long journey to another solar system. But in Habitat One: Coastal Plains, two strange bodies have been found. There are rumors of a lurking visitor. Is anyone safe? The artificial intelligence systems still are not functioning as expected. Now more then ever, the AIs are needed. The people born on the ship as well as the refugees from Dome 17 are struggling to survive, and to learn more about the huge colony ship and its various habitats. But what do these mysteries mean? Jamie, Michael and their friends set out in an attempt to unravel these mysteries, but what they encounter is not what they expect. Who will make it back alive?

NOTE: Books 6 to 10 in this series also available (while codes remain)

To request codes for ALL FIVE AUDIOBOOKS in this listing click on the relevant US/UK buttons above for each book in the series.