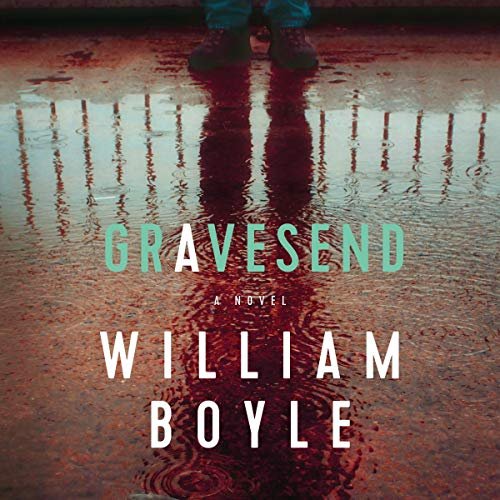 In this masterful work of neo-noir, William Boyle expertly captures the grit and desperation of a neighborhood in flux, and spotlights the neighbors who find themselves caught up in the crimes of the past.

Some worship him and some want him dead, but either way, tensions run high when “Ray Boy” Calabrese is released from prison. It’s been 16 years since Ray Boy’s actions led to the death of a young man. The victim’s brother, Conway D’Innocenzio, is a 29-year-old Brooklynite wasting away at a local Rite Aid, stuck in the past and drawn into a darker side of himself when he hears of Ray Boy’s freedom. But even with the perfect plan in place, Conway can’t bring himself to take the ultimate revenge on Ray Boy, which sends him into a spiral of self-loathing and soul-searching.

Meanwhile, Alessandra, a failed actress, returns to her native Gravesend after the death of her cancer-stricken mother, torn between the desperate need to escape back to Los Angeles as quickly as possible and the ease with which she could sink back into neighborhood life. Alessandra and Conway are walking eerily similar paths – staring down the rest of their lives, caring for their aging fathers, lost in the youths they squandered – and each must decide what comes next.

In the tradition of American noir authors like Dennis Lehane and James Ellroy, William Boyle’s Gravesend brings the titular neighborhood to life in this story of revenge, desperation, and escape.

WARNING: Includes portrayals of graphic violence suitable for adults only.