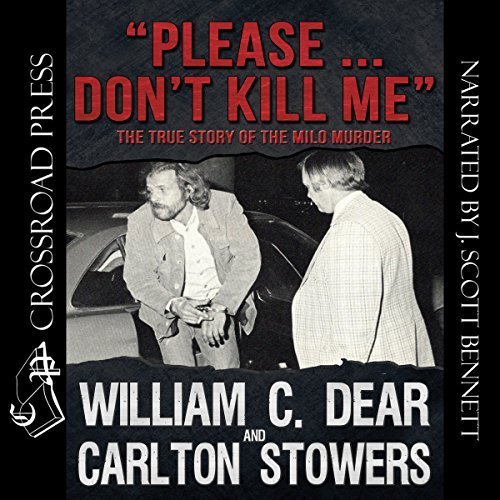 “I don’t care who you hire, or what the company has to pay him…so long as he’s the best there is.”

This anguished cry from the wife of murder victim Dean Milo would draw private investigator Bill Dear into one of the most frustrating, and ultimately triumphant, cases of his career.

Dean Milo was a phenomenally successful businessman who built a tiny family business into a $50-million-a-year corporation. Along the way, he established a lengthy list of enemies that began with his immediate family and stretched throughout the social and business community. His fast-track ride to the top came to a violent halt on August 11, 1980, when Milo was found dead in his luxurious Ohio home, shot twice in the head. A blank telegram form lay nearby.

Four months after his death, the investigation remained a confusing collection of non sequiturs. Clues pointed toward Milo’s involvement with the Mafia, the drug world, and the gay community. His own family refused to cooperate with the authorities. And time was ticking by.

In desperation, Maggie Milo turned to Texas private eye, Bill Dear. This is the gripping story of the remarkable collaboration between Dear and the police detectives of Akron, Ohio, that led to 11 convictions, an Ohio record. It is also a tale of the human weakness, desperation, and overwhelming greed that led to a sudden death.