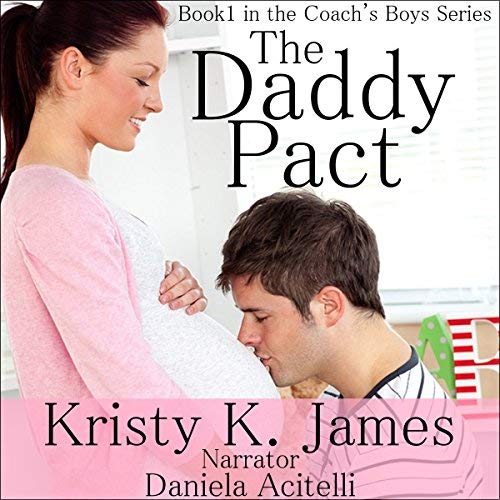 She never imagined she’d be widowed before the honeymoon was over.

After being raised in the foster care system, meeting and marrying the love of her life was a dream come true for Jess Bentley. For the first time in her memory, she would have a family of her own. But the dream turns into a nightmare when

a drug-crazed thief shoots and kills her husband, leaving Jess alone again, trapped in the depths of despair, and struggling to find a reason to go on.

Knowing he could have prevented the tragedy, there’s nothing he won’t do to make it right.

Weighed down by guilt, Dan Mulholland is desperate to find a way to make life easier for the widow of the man his brother murdered. When he learns that she’s pregnant, and that her father-in-law is threatening to take the child from her, there seems to be only one course of action. Marry her and adopt the baby. 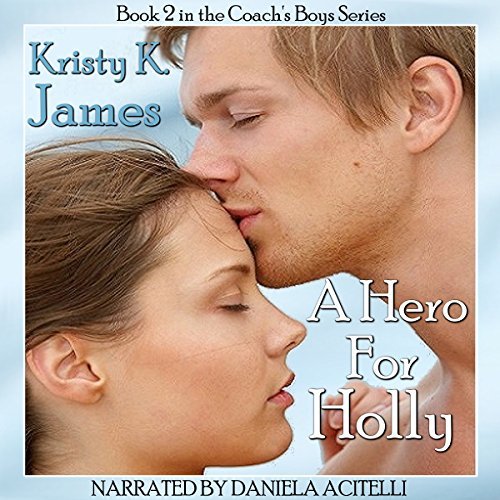 A Hero for Holly: The Coach’s Boys, Book 2

With so many depending on her, she has no time for a personal life….

When her husband left her pregnant, with a four-year-old child and a restaurant on the verge of bankruptcy, the only things Holly McGinty had time for were her kids – and working hard to stay out of the poor house. Five years later, business is booming and her boys are happy, but she’s still putting her own needs at the bottom of her priority list. That doesn’t stop her from daydreaming about her oldest son’s sexy scout leader, though.

He never believed in love at first sight – until he met her….

Sam Jensen gets along great with kids, is a successful architect, and has the best friends a guy could ask for. But figuring out relationships with women has never come easy to him. He feels like a tongue-tied teenager around most of them. Except for Holly, and it’s looking like things might work out with her. As long as one tiny little secret remains a secret. 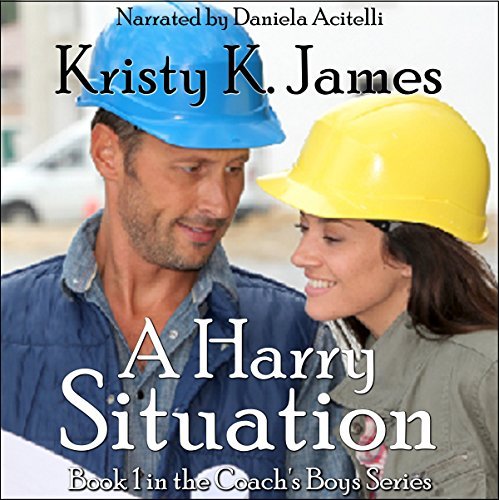 In her opinion, there’s a big difference between lying and not telling the whole truth….

…but when Harry Saunders chose to use her nickname on a resume, she knew anyone reading it would assume she was a man. But that was fine by her – as long as it meant getting the job. She needed the benefits for her sick little boy, and no matter how much one of her bosses hated her for not being entirely honest, she wasn’t going to back down and quit.

Women had their place – and it wasn’t working construction….

The moment Chris Parker realized they’d been duped, he tried in vain to find a loophole so he could fire Harriet. But just because they’re stuck with her doesn’t mean he has to like it, and he will never give up hope that she’ll give him a reason to get rid of her. Until the day he discovers that she has a very ill son. A son who develops an instant case of hero worship for Chris. 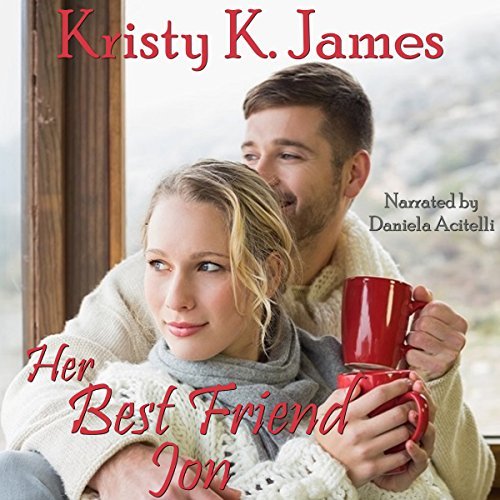 In the fourth installment of the Coach’s Boys series, Detective Ed Winslow’s stalker steps up the game – and everyone is a target now.
Her secret could change lives forever.

When Hannah Fletcher discovered that her whole life was a lie, she ran as far and as fast as she could – to a place she’d long forgotten about. And now that she’s found a way to get close to the right people, can she keep her real identity a secret as she works to accomplish one very important goal?

He’s spent his entire life on the outside looking in.
Jon Rambo lived by three simple rules: work hard, don’t get involved in other people’s problems, and never get too close to anyone. His job, and a small circle of friends, had always been more than enough for him. But when a woman he believes is up to no good needs help, he steps in to offer his assistance, even though it means deceiving everyone he knows. 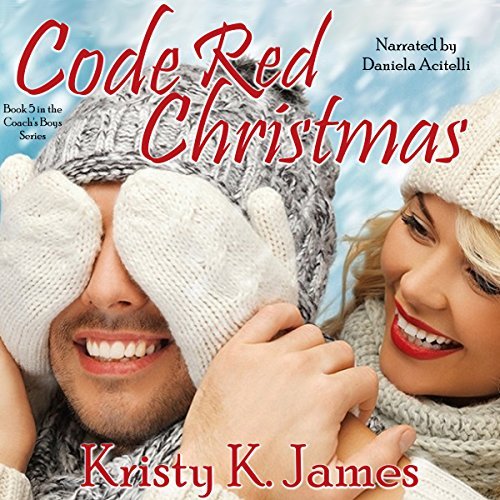 When she promised ‘until death do us part,’ she meant it.

When Darby O’Hara believed in something, she believed in it forever, and her marriage rated at the top of that list. But she hadn’t counted on a husband who devoted most of his life to his business. As the years passed, and he spent more and more hours away from home, her dreams of becoming a mother seemed to be just that – a dream. One that would never be fulfilled. Being patient hadn’t worked. Talking hadn’t either, and one day she decided she’d had enough. It was time to make a new life for herself. Maybe with the handsome and attentive Dylan.

Achieving success had always been important to him.

No one had ever loved their wife more than Cal O’Hara loved his, but he’d never figured out how to balance his personal life and his business. And then came the day she announced her intention to divorce him. In that moment he knew he’d do anything to win her back. When a holiday reprieve comes his way, he knows he’s got one chance to make some serious changes. He’s willing to give everything he has to win Darby back. The question is, will everything be enough to make her want to stay? 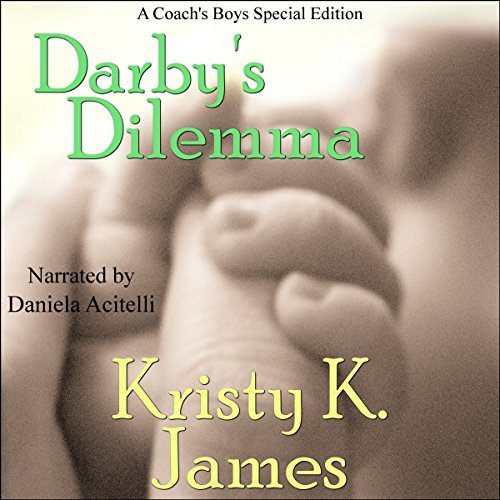 With Cal and Darby O’Hara’s marriage stronger than it’s ever been, they only need one more thing to make their family complete. But will Darby get the one thing she’s always dreamed of – or something she never bargained for? And if the unimaginable happens, will she lose Cal after all? 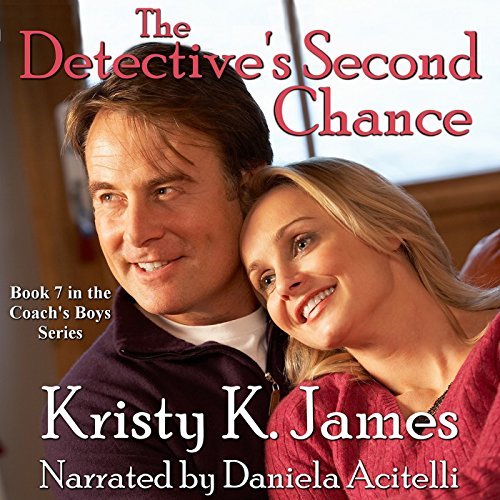 Sometimes, life can be a little rough….

And no one knows more about that than detective Ed Winslow. But just because the mystery of his stalker has been solved doesn’t mean everything is all sunshine and rainbows now. The question is, will things ever settle down enough so he can make more permanent arrangements with the love of his life? Or will there always be something else to stand in their way?

How long, exactly, is a girl supposed to wait….

Jenna Taggert is nothing if not patient. In nearly three years, she’d never once considered walking away, not even after being kidnapped by the person whose only goal in life was to kill the man of her dreams. By his side is the only place she wants to be. Still, she can’t help but hope that, one day, they might make a life together.

WARNING: While this is a sweet romance, it does deal with the mental health issues of a woman who was the victim of childhood sexual abuse.

To request codes for ALL SEVEN AUDIOBOOKS in this listing click on the relevant US/UK buttons above for each book in the series.